Martinez is Swim-Tough, ‘This Takes Stamina’

He never looks for the easy way out.

Bruce Martinez is hardcore and physical. He is sturdy like a tall oak tree.

But most of all, Martinez is a swimmer of the racing variety. He competes.

He wins. He trims time. He desperately sucks in wind.

Martinez also looks to bust his swimming rump every day at the Troup County Sharks practice. Martinez, at 13, is rock solid and dropping weight with each workout.

And in the water, he always has his competitive face on.

On Thursday afternoon, he pulled the ripcord on a 2,100-yard workout at the Mike Daniel Recreation Center pool.

Martinez refused to let the fatigue win. He felt the burn and went for more.

“I kept practicing and drilling. I kept breathing long. I like to race, and I don’t like to lose. In the pool, I feel strong and fast,” said Martinez, the LaGrange native and the Gardner Newman Middle School eighth-grader.

And what is it like to swim 2,000 yards or more in the long and concrete swimming pool?

“It feels like 1,000 needles (sticking in you). This takes confidence. It’s just practice,” said Martinez.

It is also a part of his swimming routine. Progress is there on the deck and in the pool for Martinez.

He is reducing his times, and he is going with the swimming current. Martinez has cut one second off his 50-yard freestyle time.

The 100-yard freestyle has become one of his most proficient events. Martinez has cut nine seconds off his personal best time.

“I have a sense of peace in the water,” said Martinez.

He is looking to drop all of his best times, including the 50-yard butterfly. His resident best, as of now, is 38.53 seconds in the boys 50 butterfly.

“This takes stamina and strength,” said Martinez. “I have to be the best.”

He isn’t always, but Martinez could be one of the fastest in the coming months and years for the Sharks.

Martinez has the ability and the want to.

“He has had some great practices with a good kick. Bruce is athletic and powerful. He puts in the effort, and he is always smiling,” said Sharks coach Rebakah Ralph. 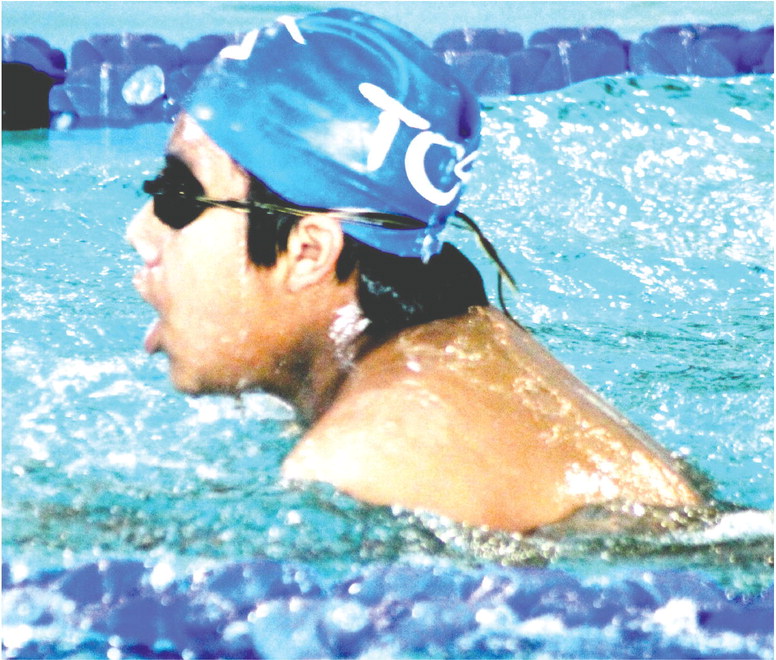 Senior swimmer Taylor Bowden of the Troup County Sharks gains some speed at a workout on Thursday afternoon. Bowden is a 17-year-old performer for the Sharks.