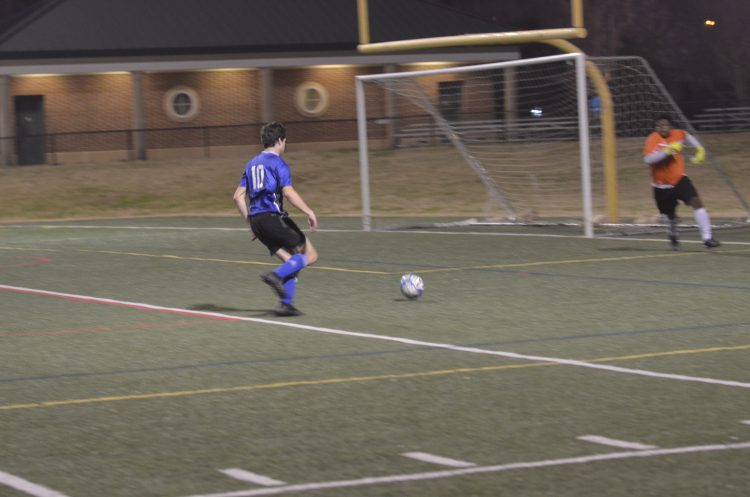 They also had the drive to keep it that way. And on Friday, that meant playing their best even against one of their schedule’s weakest opponents. But though the Greenwaves entered the contest with a losing record, LaGrange High coach Shane Pulliam still expected his players’ best performance.

“These games are hard,” said Pulliam, adding that it’s common for players to write off teams they expect to beat and come less prepared. “But you still have to go out and do it, and that’s what makes it hard.”

The good news for Pulliam? The Grangers never let their guard down en route to a 10-0 early victory Friday night.

The Grangers would score three additional goals before closing the quarter 5-0. Davis and Pearson Knight kicked the final goals of the first half for the Grangers, one for Davis and two for Pearson respectively. A stingy Granger defense always seemed to be in position, as the team managed to largely limit scoring opportunities by the Greenwaves.

The trend continued in the second half, as the Grangers found ways to score against two Greenwaves goalies. Pearson Knight scored the first two goals of the second half, with both coming within a minute of each other. Dominys Bonilla added to the Granger lead to bring them up 8-0 over Spencer with 30:50 remaining in the second half. A score by Jason Recinos followed barely over a minute later by a goal from Jan Alvarado gave the Grangers the necessary 10-0 lead to finish the game with 25:21 left on the clock.

Following the game, Pulliam reminded his players to stay attentive as they look to face off against Columbus at home in the de facto region championship next Wednesday.